This past week, the Securities and Exchange Commission (SEC) made it easier for businesses to raise capital through crowdfunding efforts. The SEC adopted new and amended crowdfunding rules to allow companies to raise capital from small offerings more quickly and from out-of-state investors. SEC Chairwoman Mary Jo White made the announcement of new Rule 147A, along with the amended Rule 147 on October 26.

In her remarks, the Chairwomen stated that the rules were meant to modernize the safe harbor under Section 3(a)(11) of the Securities Act, concerning continuation of state law exemptions to provide companies “new options for funding their business within a robust framework of investor safeguards.” Those safeguards are related to the accessibility to intrastate investors, and are codified through amendments to Rule 504 of Reg D under the Securities Act, including the following provisions:

According to the statement released by the SEC, the rules are meant as a way for smaller issuers to more easily facilitate a capital raise, particularly through taking advantage of changes in technology such as crowdfunding mechanisms. On Friday, October 30, the SEC also finalized the highly anticipated equity crowdfunding rules, intended to provide smaller and under-capitalized companies with an opportunity to raise capital under similar circumstances as their larger counterparts.

The rules were initially proposed in 2013, under the Jumpstart Our Business Startups (JOBS) Act. After three years of discussion and revisions, the SEC released the final rules with added protections that they say will give investors added confidence in the legitimacy and integrity of small business offerings.

The new Rule 147 and 147A were finalized as a companion to the equity crowdfunding rules, updating information on new technology and business practices that will play into funding scenarios. States have been scrambling to update their local regulations to accommodate the more prominent role technology plays in presenting offerings to the public. Although the SEC rules do not include a “bad actor” provision, the agency is hoping the new regulations being enforced in unison with state regulators will provide enough safeguards against “bad actors” while easing the burden of Reg D capital raises for small businesses.

The SEC also passed an amendment to Rule 504 of Reg D that will allow companies to raise more capital, increasing the limit from $1 million to $5 million over a twelve- month period. That offering limit had been in place since 1988, and the amendment is a significant part of the SEC’s modernization efforts. The SEC also repealed Rule 505, which permitted annual offerings up to $5 million only to accredited investors, or no more than 35 non-accredited investors.

According to SEC Commissioner Kara Stein, the amendments and new rule will allow for more funding opportunities for small and local businesses. The SEC’s focus was on beefing up investor protections, giving both accredited and non-accredited investors the confidence to actively participate in emerging crowdfunding mechanisms that are yet to be fully vetted.

The SEC is setting a three-year period to review and evaluate the effect of the new rules on capital raising efforts. The agency believes that by working in conjunction with state regulators, they can provide a better environment for small businesses to raise capital while still providing the type of safeguards necessary to protect investors. Over the next three years, the SEC says it will study the impact the rules will have on the industry, including successful utilizations, state regulatory effects, as well as documenting known occurrences of fraud. 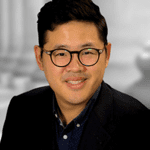